"You're going to Scotland and you don't like whiskey or play golf? Isn't that kind of a waste?"

I may not drink whiskey (or whisky) or play golf for that matter — but it truly was one of the best trips of my life.

I fell in love with Scotland.

The Scottish trip was to research my newest Maggie Hope book, THE PRIME MINISTER'S SECRET AGENT. I spent a week in Edinburgh and then a week in Arisaig (on Scotland's west coast, near Port William).

The week in Edinburgh was to research a plot line featuring Sarah Sanderson (remember her from MR. CHURCHILL'S SECRETARY?) Well, Sarah's still touring with the Vic-Wells Ballet (the precursor to the Royal Ballet), when a bevy of ballerinas become ill with a strange disease — or is it foul play? 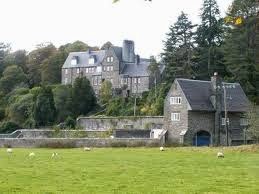 Meanwhile, Maggie — completely gutted from her last mission to Berlin where she did a number of unsavory things and is facing the moral fallout — is back at her old training camp in Arisaig, this time as an instructor. 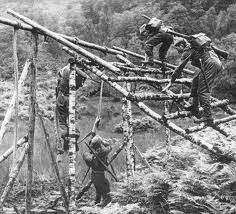 Here's where things get interesting. The actual manor house where the SOE (Special Operation Executive) agents trained is now a bed and breakfast, called Arisaig House. So I was not only able to go to Arisaig House, tour the buildings and walk the grounds, but I was able to stay there.

Readers, I loved it. 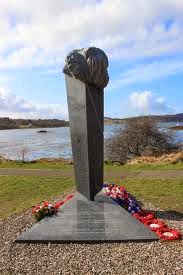 I saw exactly where all the agents did their paramilitary training. I saw the bridge they pretend bombed, the huts where the ammunition was kept, the beach where they threw grenades. ("You might see the odd grenade — they wash up on shore occasionally," said the gardener.) There are memorials to the brave women and men who trained there both at Arisaig House and also in the town of Arisaig.

Meanwhile, I was the only guest at the inn, so the family who runs it (and their three golden labs) pretty much adopted their odd American novelist for the week. I felt like an exchange student. It was fantastic.

Now, I might not be much for whiskey, but I would like to raise a glass today to toast Scotland — and I'm going to create a summer cocktail, using gin.

Gin's having a bit of a renaissance in Scotland, with small-batch, handcrafted boutique gins using indigenous Scottish herbs and spices. Hendrick's is getting better known here in the U.S. (a gin that tones down the juniper flavor in favor of notes of cucumber and rose) — but there are others also worth seeking out, such as Edinburgh, Botanic, and Caorunn. 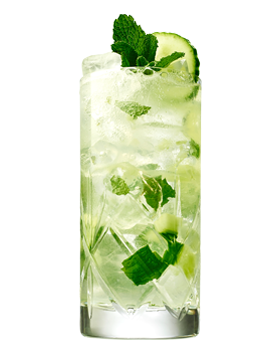 And so, without further ado, I'd like to present a summery cocktail, perfect for sipping while reading THE PRIME MINISTER'S SECRET AGENT — The Arisaig, a variation on the classic Gin and Tonic.

Here's what you'll need for ingredients:

2 parts Scottish gin (or any gin, really — but humor me)

And here's what to do:

Add mint to glass and break with muddler. Add ice. Add other ingredients. Top with tonic and give it a still. Garnish with cucumber slice.

And, as they say in Gaelic, Slàinte!

FROM THE PUBLISHER: For fans of Jacqueline Winspear, Charles Todd, and Anne Perry, The Prime Minister’s Secret Agent is a gripping new mystery featuring intrepid spy and code breaker Maggie Hope. And this time, the fallout of a deadly plot comes straight to her own front door.
World War II rages on across Europe, but Maggie Hope has finally found a moment of rest on the pastoral coast of western Scotland. Home from an undercover mission in Berlin, she settles down to teach at her old spy training camp, and to heal from scars on both her body and heart. Yet instead of enjoying the quieter pace of life, Maggie is quickly drawn into another web of danger and intrigue. When three ballerinas fall strangely ill in Glasgow—including one of Maggie’s dearest friends—Maggie partners with MI-5 to uncover the truth behind their unusual symptoms. What she finds points to a series of poisonings that may expose shocking government secrets and put countless British lives at stake. But it’s the fight brewing in the Pacific that will forever change the course of the war—and indelibly shape Maggie’s fate.


“You’ll be [Maggie Hope’s] loyal subject, ready to follow her wherever she goes.”—O: The Oprah Magazine