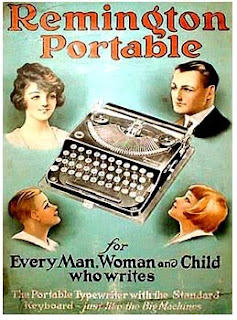 Winston Churchill's secretaries used specific typewriters — both portable and noiseless. Churchill wanted his secretaries to type his words directly, as opposed to taking them down in shorthand and then typing them up later. It caused them no end of anxious moments.
Elizabeth Layton Nel, one of his typists during World War II, had this recollection in her memoir:
"In those days, he was in the habit of dictating straight on to the typewriter, in order to save time, the war being most anxious and pressing. One used a noiseless typewriter, and as he was finished dictating, one would hand over the Minute, letter or directive ready for signing, correct, unsmudged, complete. He would then sign or initial it, buzz for the Private Secretary, and it would be dispatched, frequently topped with the bright red sign stating, 'Action This Day ' " ....
The font at the heading of this blog (and also on my web site) is from a Remington Noiseless Portable typewriter, probably very similar to those Winston Churchill's typists, including Elizabeth Layton Nel, used. The font was recreated for the computer by antique typewriter aficionado and expert Richard Polt.
According to Richard, the font was created from his own "beloved Remington Noiseless Portable Model Seven.... Using fontifier.com and a scanner [to create a] Remington Noiseless TrueType font that you are welcome to download here and use as you please. If you want other 'typewriter' fonts, try this site."
For all of us who love fonts, particularly old typewriter fonts, thank you Richard.
Posted by Susan Elia MacNeal at 10:08 PM 4 comments:

Keep Calm and Carry On 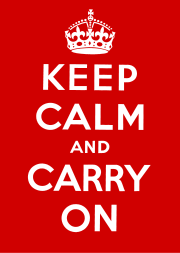 This British World War II poster from 1939 has had an unexpected renaissance of late.
Ironically, the poster was never distributed in England during the war, and was only recently discovered in a British shop.
Today it's on posters of all sorts of colors that might have surprised Brits back then (turquoise, hot pink, lime green). On design boards such as Apartment Therapy, it was first beloved and now decried as ubiquitous.
Still, I love it, both sentiment and design. It remains relevant seventy years later.
Posted by Susan Elia MacNeal at 10:45 AM 5 comments:

A Churchill Cocktail, from the Savoy Hotel

The Savoy Hotel in London boasts the American Bar — one of the world's most venerable drinking establishments.
Irishman Joe Gilmore was head barman at the American Bar, with a terrifically long tenure.
He created any number of cocktails for stars of the stage and screen, royalty, and politicians. And, of course, Winston Churchill.
The Blenheim, also known as Fourscore and Ten, was created in honor of Sir Winston's ninetieth birthday.
The Blenheim
Strain into a chilled cocktail glass:
3 parts brandy
2 parts Yellow Chartreuse
1 part Lillet
1 part orange juice
1 part Dubonnet
Posted by Susan Elia MacNeal at 8:40 AM No comments: 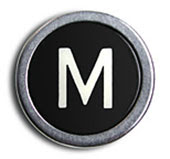 Elizabeth Layton Nel wasn't Winston Churchill's only secretary, of course. Over the years, there were countless women who typed for him. But there was another young woman who worked for him During World War II, Marion Holmes.
I particularly love the story where Churchill couldn't remember her name and an aide said, "Holmes — like Sherlock." And then he began to call her "Miss Sherlock."
Marion Holmes didn’t write a memoir, but her quotations in Tim Clayton and Phil Craig’s book Finest Hour and the BBC-TV series of the same name were incredibly helpful. When I write that Mr. Churchill calls Miss Hope “Miss Holmes” by mistake, that’s an allusion to Marion Holmes.
In fact, according to her diary, Winston Churchill once referred to Miss Holmes as Miss Hope: “He went straight into dictating and I took it down on the silent typewriter. ‘Here you are’ — he still didn't look at me. I took the papers, he reached for more work from his dispatch box and I made for the door. Loud voice: ‘Dammit, don’t go. I’ve only just started.’ He then looked up. ‘I am so sorry. I thought it was Miss Layton. What is your name?’ ‘Miss Holmes.’ ‘Miss Hope?’ ‘Miss Holmes.’ ‘Oh.’ ”
When I read this exchange, I knew I’d found the last name of my heroine.
I was never able to speak with Miss Holmes, who passed in 2001, but Mrs. Nel assured me that they’d had quite the adventure accompanying Mr. Churchill to Russia together.
Posted by Susan Elia MacNeal at 7:38 AM No comments:

Mr. Churchill's Secretary was inspired by a visit to the Cabinet War Rooms in London and its meticulously researched and wonderfully presented exhibits. One of the audio accompaniments was an actress reading the recollections of one of Churchill’s young secretaries, taken from the memoirs of Elizabeth Layton Nel. As I listened to her words describing working underground during the Blitz and walked the concrete corridors of those same War Rooms, I felt a shiver go up my spine — and knew I’d found an extraordinary setting for a novel.

Mrs. Elizabeth Layton Nel was kind enough to reply to my letter from her home in South Africa in 2004. I told her (in my own, probably dorky, way) how much I admired the work she had done, and also how much I enjoyed her memoir. She was gracious in her replies and generous enough to give her blessing to my using her “mistakes” (“right” for “ripe,” et al.). But she did caution me that in reality the secretaries never would have had any time for my protagonist's intrigues or romance. (!)

We’d planned to meet in London at the Cabinet War Rooms for the opening of The Churchill Museum in February of 2005 (I wanted to take her to tea). But, alas, a difficult pregnancy prevented my traveling to from New York to London. (The indefatigable Mrs. Nel not only made the journey, but was honored at the Museum’s opening, along with Queen Elizabeth.)

Her inspiring and important memoir, Mr. Churchill’s Secretary, was first published in 1958 and, after many years, went out of print. A new edition of her book, Winston Churchill By His Personal Secretary Elizabeth Nel, was completed shortly before her death in 2007. And so her story, I’m delighted to report, is readily available to all once again.

In addition to the preceding cocktail recipe, here a few more, just in case you're feeling particularly Churchillian.
There is, of course, the Churchill Cocktail, first mentioned in Esquire, 1939. It's reputed to have been his favorite cocktail at the Savoy hotel's American Bar.
Churchill Cocktail
Strain into a chilled cocktail glass:
1 1/2 oz Scotch
1/2 oz Cointreau
1/2 oz Italian (sweet) vermouth
1/2 oz lime juice
There's also a cocktail invented by Sir Winston, according to the 1965 Esquire Party Book:
Sir Winston
Strain into a chilled champagne glass:
3 oz brandy
1 1/2 oz champagne
dash of Cointreau
Posted by Susan Elia MacNeal at 12:29 PM No comments:

Having a blog allows me indulge in the intersection of two topics I love: Winston Churchill and cocktails.
Churchill was a prodigious drinker, of course. Scotch, scotch and soda (light on the soda), Champagne (Pol Roger preferably), claret, Burgundy, brandy, port.... From our modern perspective, it may seem over the top — and yet, if one were indeed going to "fight them on the beaches" — it was probably a good idea to have some liquid courage first.
To the best of my knowledge (and I'm by no means an expert), Churchill really didn't indulge in mixed drinks. However, he and his family are associated with a number of cocktails. Legend has it that his mother, American (Brooklynite!) Jenny Jerome had the Manhattan cocktail created for a party in honor of her husband, Lord Randolph Churchill. Different mixologists have debunked the story, but I like it....
There is one cocktail, though, that's reputed to have been created by Sir Winston. According to Esquire's "Potables" column (a fantastic source for cocktail history), the Sensation was created in Britain in 1939 and was either created by or inspired by Churchill. Here's the recipe:
Sensation (also known as Brandied Port)
Shake well with cracked ice:
2 oz ruby port
1 oz brandy
Dash of fresh-squeezed orange juice
Strain into a chilled cocktail glass and garnish with a twist of orange peel.
Cheers!
Posted by Susan Elia MacNeal at 8:57 AM No comments:

This from Publishers Marketplace:
"Susan Elia's CHURCHILL'S SECRETARY, to Kate Miciak at Bantam Dell, in a two-book deal, for publication in 2011, by Victoria Skurnick at Levine Greenberg Literary Agency."

All right, so the actual title is MR. CHURCHILL'S SECRETARY — and my name is Susan Elia MacNeal — but, still, pretty awesome.

And thank you, Random House, for sending not only a contract, but a (gasp) check! It even came with a cover letter on the cream-and-brown Random House stationery I remember so vividly from interning there in the early nineties. (And not only did I use the stationery, but I remember typing on it. Like, with a typewriter.) I even remember the floor with the contracts — although Random House long since been bought by Bertlesmann and has moved from East 50th Street to new digs in Midtown.

Still, remembering working on the stationery and now getting my own letter in the mail, it's a lovely full-circle kind of feeling.
Posted by Susan Elia MacNeal at 7:29 PM No comments: